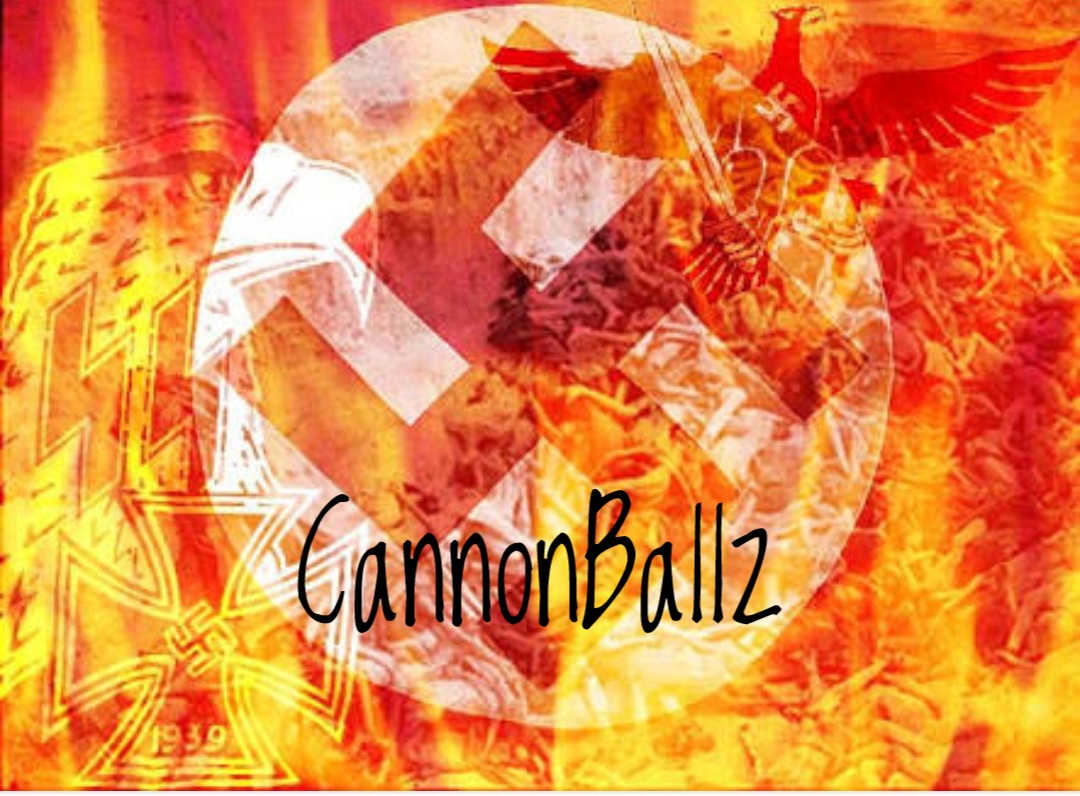 As soon as I pierced the needle in his veins, Strobel, one of the Führer’s private guard stormed into the chambers. Both the Führer and I gave him a sharp look. “You better have some good reasons entering the chambers of one of the most powerful man in the world… unannounced!” I thought.

“Mein Führer!” he said, his hands trembling as he handed the propaganda pamphlet to Hitler, this is the forth pamphlet in the last two weeks.

“They were being thrown from the air today morning in Berlin and more are flying across Munich as we speak”. The pamphlet read –

THE PEOPLE OF GERMANY

YOUR COWARD LEADER HAS BROUGHT WAR UPON YOU.

YOU ARE SLAVE TO HIS VERSION OF NATIONAL SOCIALISM

TODAY, THE WORLD HAS STOOD UP TO HIS TYRANNY…

OUR CANNONBALLZ WILL REDUCE HITLER’S GERMANY TO ASHES.

“There are riots and uprisings in some remote villages in Hamburg…people are talking about the new weapon…” he continued and I was noticing the deep breaths Hitler was taking.

“That is enough, thank you Strobel!” I interjected. Strobel exited hesitantly, waiting for his next orders.

“Mein Führer…” I said dabbing his sweaty forehead with a towel. “Don’t forget, that you are the leader of the Nationalist Socialist movement and this is not good for your hypertension. You need to calm down”

“Dr. Karl Brandt! Will you be the next Führer after me?” his little imposing figure stood over me but I have seen this before.

“Mein Führer, I have told you before. You need someone from the military to lead Germany after you, I am just a Doctor…”

“…and you call yourself a National Socialist! You dare refuse a service to our cause…” Hitler said curtly. There are leaders who like to be around people who speak their mind but leaders cant handle when their vision is under question. My Führer and my National Socialist party who I served for a decade and been his personal physician for more than 5 years.

“I CANNOT LEAD THIS COUNTRY WITH FOOLS AND COWARDS BY MY SIDE!” He bellowed with anxiety.

“I am meeting my Inner Circle at the Wolf’s Lair day tomorrow. I want you to be there.” He said and stormed out of his chambers.

I had only heard of Wolf’s Lair, Führer’s eastern military HQ which was built for the invading Soviets in 1941. A lot of assassination attempts were made on the Führer here. Some of the twenty women who worked here have orders to eat his food for poison and the compound was guarded by more than 2000 soldiers.

I could feel the tension in the bunker and I was sure that no one had questions about me being there. They had bigger things to worry about.

Führer took his seat ignoring the Nazi Salute they gave him.

“Mein Führer…”Keitel said “…the Soviets are pulling back their troops from our strongholds.”

“Is it because that they fear the CannonBallz might burn them too? Do we have anything from our intelligence sources? Is it a bomb? A new technology maybe…”

Otto Dietrich kept a clipping on the large imposing table which stood in front of him. “This is a clipping from a local newspaper in France, they are advising citizens to build underground bunkers”

“Mine Führer…” Keitel said with an air of surety. “We had earlier rejected an intelligence report that the Americans are building a very powerful bomb, may be they have already built that and calling it CannonBallz?”

I have been to many of such conversations and he has never been so disinterested.

“What about Mussolini, did he get any such pamphlets” he finally spoke out and it was something I was wondering too.

“No Mein Führer, they never got any such pamphlets but rumour has it that Mussolini is planning to surrender to the Allied powers” Otto shot back.

Hitler turned around gave a long hard look at me, “You see Dr. Brandt, not only fools and cowards. Your Führer has traitors too…”

Even before I could react to this, there was a loud knock on the door. I volunteered to open and Private Strobel stormed past me yet again as if I was invisible.

“Mein Führer, there has been another…” he handed Hitler the pamphlet. “This was in Berlin today.”

THE PEOPLE OF GERMANY

YOU HAVE 48 HOURS, MAKE ALL THE BUNKERS YOU CAN

The telephone on the table started ringing and was picked up by Keitel. He put the phone down and with the sign of defeat looked at Hitler. “The allied troop have started retreating from all Nazi occupied countries. I think…”

Even before we could react, Hitler fell on the floor rubbing his chest.

Elizabeth walked inside Churchill’s chambers with a note. “We have a telegram for your eyes only sir, from your contact in Germany”

Churchill jumped out of his seat and read the note

“Arrange a radio telecast to the nation Elizabeth, we have assassinated Hitler without firing a bullet”